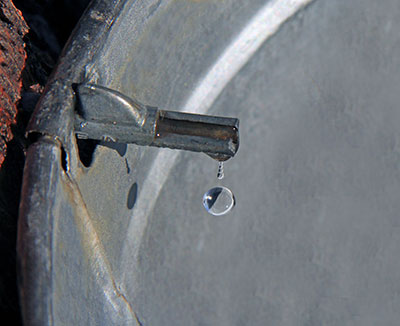 Ed Caron runs Caron Farm, producing maple syrup and operating a small sawmill, in the Town of Leyden. He’s been making syrup for “forever” – just about all of his 75 years. “I’ve been doing this since I was a boy and my folks did it before.” In 2014, Ed worked with MDAR’s Farm Energy Program and with the Center for EcoTechnology, successfully applying for funding from MDAR and NRCS to upgrade his maple sugaring equipment. He replaced his two old evaporators with a single, wood-fired, high efficiency gasification system – saving an astonishing 40 cord of wood, 500 gallons of oil, and 126 gallons of propane a year (estimated). Besides saving money on fuel and reducing his environmental footprint, he’s saving time. What used to take him and another person 10 – 12 hours for boiling now takes closer to six or seven hours for a single person. And he’s not done with upgrades; he’s now looking into solar photovoltaic options to use clean renewable energy from the sun to help power his operation.