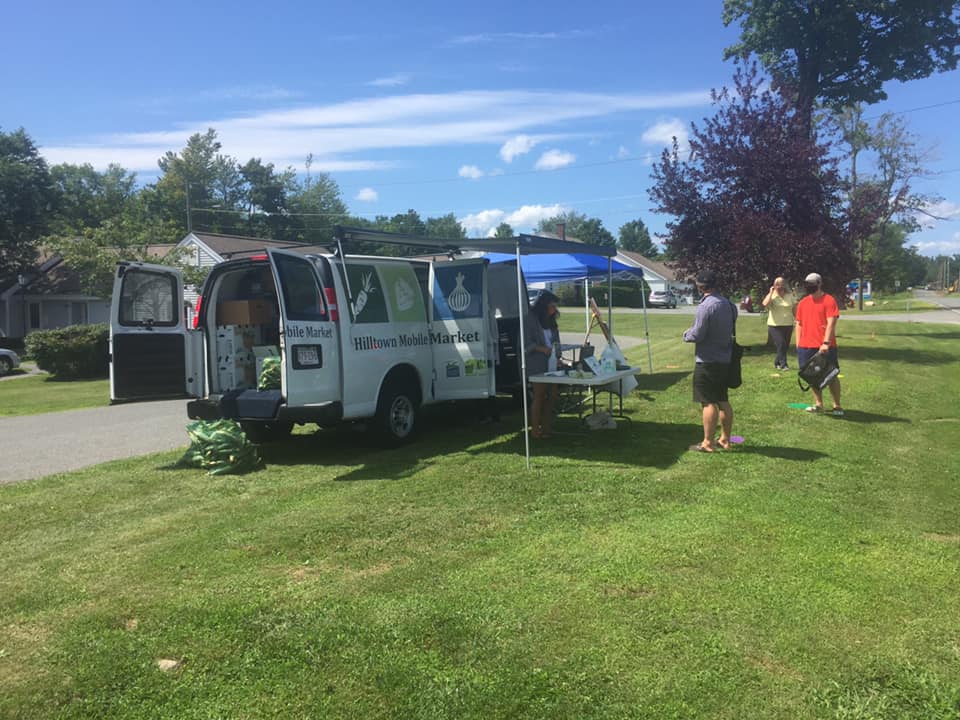 The Hilltown CDC’s mobile market is in its third year, and purchases local produce from a number of small area farmers who would otherwise be traveling between up to 45 minutes to markets in Northampton or Pittsfield. There are few access points for local food in the Hilltowns, 22 towns between the Pioneer Valley and the Berkshires in Hampden, Hampshire, Franklin, and Berkshire counties, and the market is helping to create a culture where local food is accessible and valued. The market was awarded $1,000 for SNAP/HIP processing equipment.

The Hilltown mobile market had been participating in the Healthy Incentives Program through their community supported agriculture program up until last summer, when the program opened to new vendors for the first time in three years. The mobile market applied and was accepted as a full HIP vendor, which will allow them to sell produce to consumers with SNAP benefits who are not part of the CSA program, which they were previously unable to do.

Seva, the market manager, applied for FSIG funding to cover the $1,000 cost of the equipment needed to process SNAP/HIP. Without the FSIG grant, she says it would’ve been hard to cover the upfront cost.

The market travels to four locations each week from mid-July to October. Last year, the market sold $20,000 worth of local produce, and they’re aiming to sell $30,000 this year, supporting more farmers and consumers. In 2020 more than 80 shares were sold, more than half of which went to low income families. So far in 2021, the market has sold 16 HIP shares, out of 90 shares total.